VMware released an update to vCenter Configuration Manager this month and I thought I would document my experience upgrading my lab instance.  The upgrade steps are clearly documented in the Advanced Install Guide starting on page 129 (as of this posting).  In my lab is a two-tier install as follows:

One thing to note is that as of vCM 5.7 there is no requirement for vCM components to be installed on the DB server.  So, the first thing we will do for this two-tier upgrade is uninstall vCM from the DB server.

Loading the 5.7 installer on VCMDB, I will (1) click the radio button for the "Remove" operation (the documentation states "Uninstall" but there's no such option).  (2) Click "Next"... 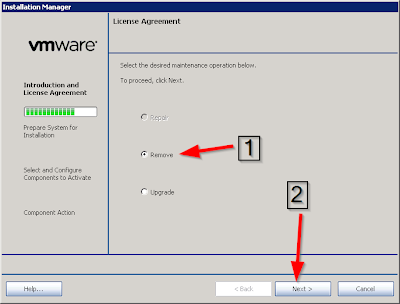 Note the very stern warning on the next screen, promptly ignore it and (3) click "Uninstall" - do not worry, this doesn't remove the vCM database. 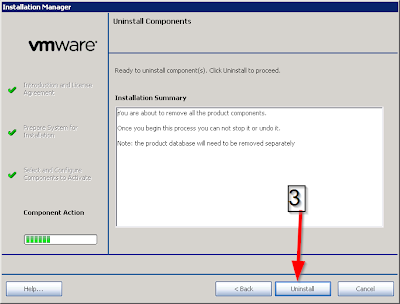 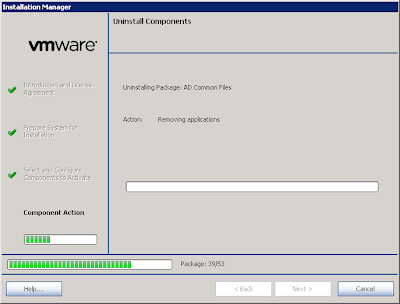 When the uninstall is finished, click "Finish" (do you really need a screen shot for this?).

You're done with the DB server, now I'll run the 5.7 installer on VCMCOLLECTORWEB. 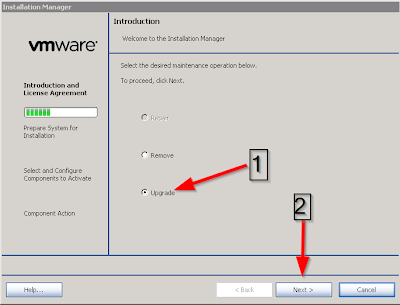 You'll be able to "Next... Next... Next..." through most of this so I won't bother with things like the patent info screen or license acceptance.  You will note that the installer picks up all the components already installed as targets for upgrade, nothing to do here just FYI. 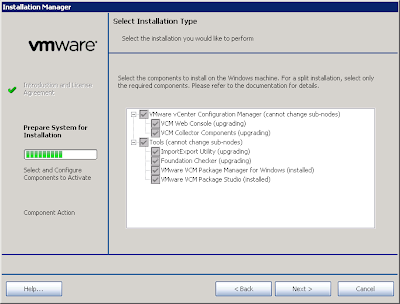 "Gathering System Information" can take a bit - took about 5 minutes on my lab instance.  But, all you need to see is "Checks were successful!" and then you can proceed. 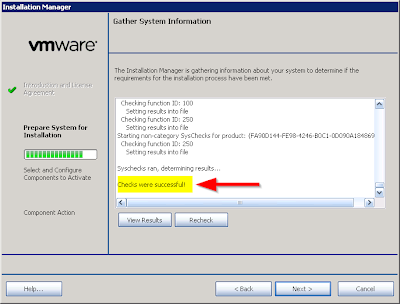 On the next screen, the DB information should be pre-filled, I will go ahead and (3) click "Validate" to make certain everything is still in order - I get the message "Database validation successful." so I know I'm good-to-go! 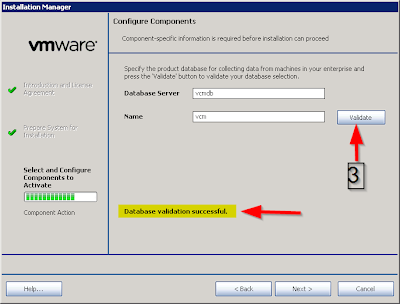 You will continue to notice much of the information pre-filled, so just "Validate" as needed and click "Next" through the rest of the screens... I did get a nasty little note during the WebService validation which I believe was due to my using HTTP instead of HTTPS for this - I promptly dismissed it to no ill effect. 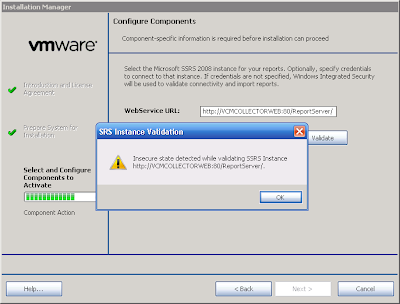 Likewise, I noted the User Rights message during the Collector Service Account setup page and dismissed it and continued on. 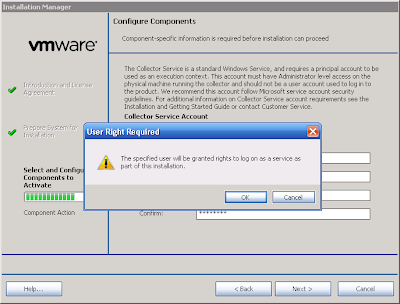 After about a dozen mouse clicks on the "Next" button you are then presented with the option to "Upgrade" which I happily clicked. 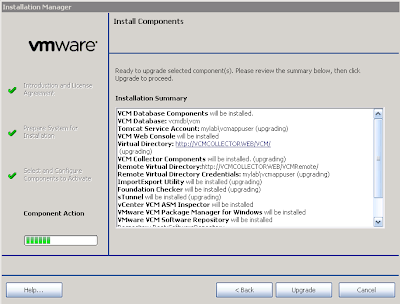